The worst month in Bitcoin history?

After a week of uninspiring price moves, bitcoin is still stuck at $ 36,000. Will May be the worst month for BTC in over 10 years?

Cointelegraph Markets has presented 5 factors to consider when analyzing a potential situation on the BTC / USD chart.

It's a quiet day for stocks and commodities, taking into account the holidays in the US, UK and the West. The Asian markets are mostly stable anyway as investors prepare for the start of a period of lower market activity during the summer.

However, moving the image away causes that we perceive much less stability. Is inflation the cause of this?

"I don't think it's already included in the price." 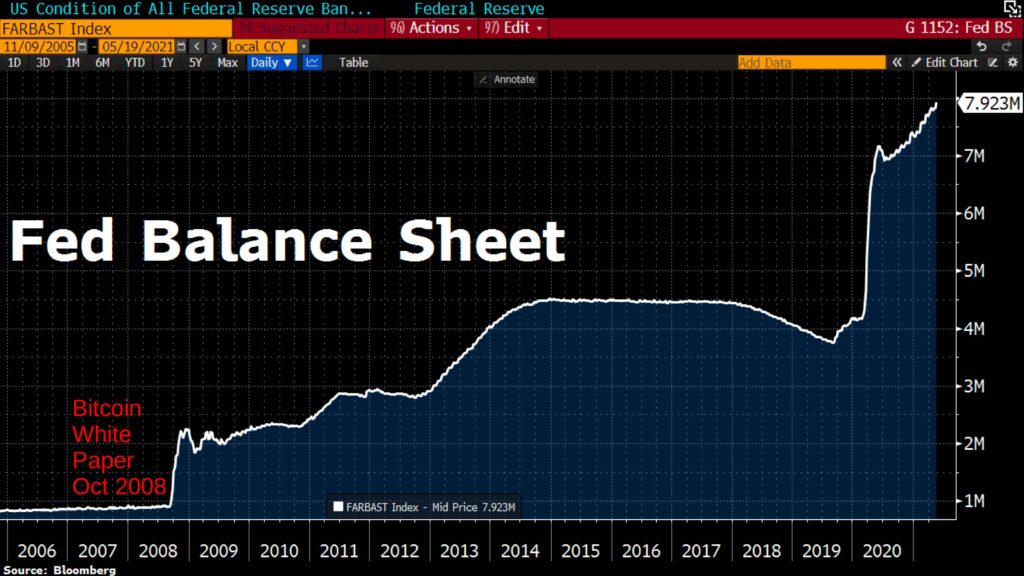 Inflation is inherently the opposite of the Bitcoin standard, given the steady supply of cryptocurrency and the descending emission curve that cannot be manipulated.

Accordingly, demand from institutions and entities with high exposure to cash should continue to grow in line with the inflation that central banks tolerate at ever higher levels.

In the recent debate on Bitcoin's energy consumption, Saifedean Ammous, author of The Bitcoin Standard, suggested that about 10% of the world's wealth is already being eliminated by inflation each year.

At the time of writing this publication, the BTC / USD exchange rate was below $ 36,000. The price has been dropping since it hit a local high of $ 41,000 last week. According to data from Glassnode, existing owners are adding more BTC to their portfolios at the current level, and recent buyers are selling them. This classic weak to strong direction is nothing new, although the pace is increasing. Miners are also back to buying, reversing the brief cascade of sales that accompanied the first drop to $ 30,000. 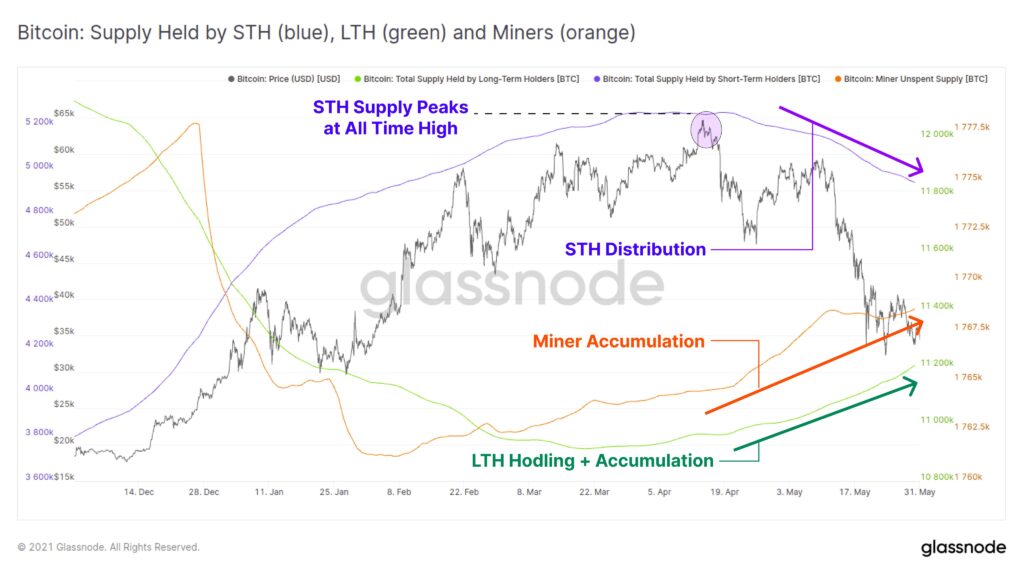 "This chart is AMAZING!" Lark Davis confessed on Twitter, highlighting the sense of excitement among longtime market participants.

“Miners and long-term breeders accumulate, only short-term sellers. Nothing new! "

Bitcoin's Weekly Relative Strength Index (RSI), a key metric for diagnosing overbought and oversold territories, also revolves around lows that were only broken after the March 2020 crash and December 2018 price surrender.

"Should Bitcoin find sufficient demand in the lower $ 30,000 ranges, WMA 20 is expected to act as resistance," concluded Decentrader.

“A larger decline would likely make ranges around $ 20,000 (78.6%) a likely target. Therefore, price action in the next week will be especially important. "

Recognizing that the assumptions of the S2F model are still being "tested" by price fluctuations, B we do not believe that the vision of Bitcoin's rich surrender to $ 20,000 is likely.

He added that the "real" price of bitcoin - calculating BTC / USD based on price, was moving with a running coin - now 23,000. During the bull runs in 2013 and 2017, prices had risen by an order of magnitude, and this year even more so. It did not arrive. 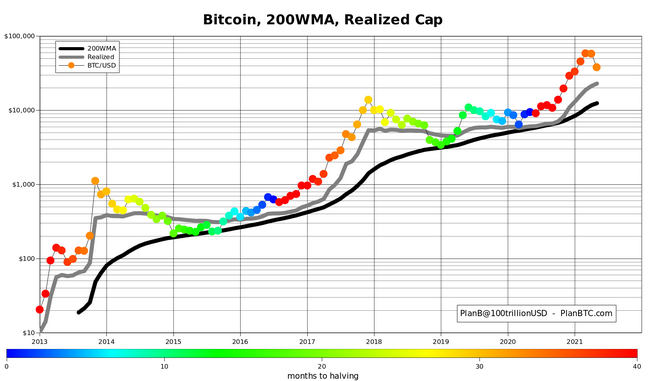 Is this the worst May ever? When it comes to monthly investor returns, this is definitely the case.

On the last day of May 2021, the sentiment is probably not positive, as the monthly losses of hodler farmers are almost 40%.