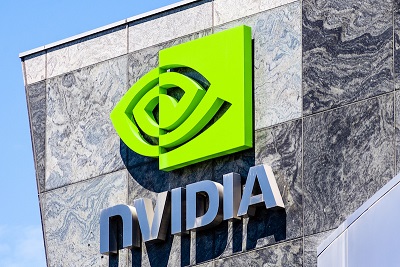 In brief
In conversation with Venturebeat video game reporter Dean Takahashi, Nvidia CEO Jensen Huang said he believes “we’re right on the cusp” of a blockchain-based augmented reality metaverse.
In the interview, published on Saturday, the graphics card chief described a future that is not too distant from the NFT space right now: “The art that you have is a digital art. You own it using NFT. You’ll display that beautiful art, that’s one of a kind, and it’s completely digital.”

Win one of these auction NFTs or mint the most and be the very first to have your face and NFT on the world’s biggest stage, Times Square. From Treum, the team behind EulerBeats, and internationally recognized language artist, Jonathan Rosen. MINT NOW

Together with Decrypt
Huang envisioned a seamless transition between the physical world of our perishable possessions and the virtual world of our digital assets. “You’ll have our glasses on, or your phone. You can see that it’s sitting right there, perfectly lit, and it belongs to you. We’ll see this overlay, a metaverse overlay if you will, into our physical world.”
Huang’s idea of a ‘metaverse overlay’ is already here—to an extent. This March, teenage NFT artist FEWOCiOUS auctioned a pair of hand-inked shoes as an NFT both IRL and as an augmented reality pair, raising $3.1 million in seven minutes.
Similarly, rapper MF Doom’s last known creative project was a set of AR MF Doom masks. These NFTs can be displayed in virtual worlds, like in art galleries on Decentraland.

Nvidia is no stranger to digital currencies. Driven by the popularity of their graphics drivers in crypto mining operations, Nvidia released in February a graphics card for Ethereum miners: The Nvidia CMP (Cryptocurrency Mining Processor).
In late Spring, the company announced that it was cutting the hash power of three of its most popular graphics cards to keep gamers happy.
At the end of May, Nvidia had made $155 million from its CMP cards. Huang said in May, “CMP yields better, and producing those doesn’t take away from the supply of GeForce. So it protects supply for the gamers."
When the singularity arrives, it’ll be powered by Nvidia.
You must log in or register to reply here.
Share:
Facebook Twitter Reddit Pinterest Tumblr WhatsApp Email Share Link
Top