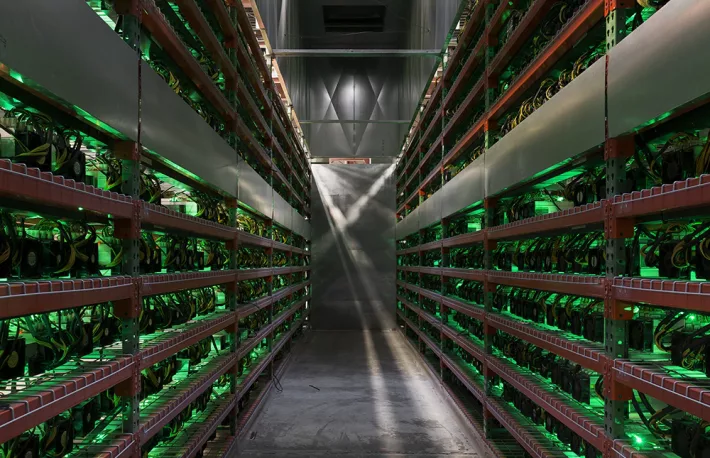 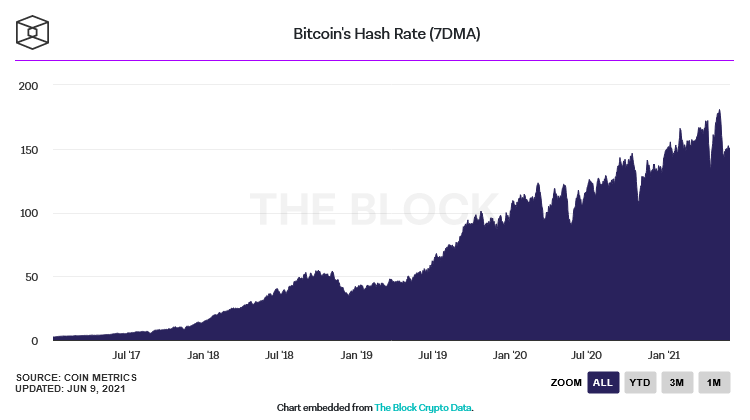 Xinjiang's measures on Wednesday may impose a more serious impact on bitcoin's hash rate than the ones issued by its counterpart in Inner Mongolia.
Although both provinces are mostly dependent on fossil fuel energy, bitcoin mining operations in Xinjiang have always outrun those in Inner Mongolia by scale. Further, bitcoin miners in Inner Mongolia have already been moving out of the region since early March.
Bitcoin's total seven-day average computing power has seen a slight growth to 150 exahashes per second (EH/s) since the last mining difficulty adjustment that happened on May 29.
China's State Council, the central government cabinet, made a comment about cracking down on bitcoin trading and mining in a meeting last month.
The concern was due to a conclusion that bitcoin mining's growth in China was behind the rising demand for coal in certain parts of China, according to a Bloomberg report. The government in Inner Mongolia reacted almost immediately with plans to enforce eight measures to drive out bitcoin mining operations in the area.
Meanwhile, the government in Sichuan, another major bitcoin mining hub known for its cheap hydro-electricity, hosted a meeting last week to gauge how shutting down bitcoin miners would affect the local hydropower economy. No immediate plan was announced during the meeting.
The looming bitcoin mining crackdown in China has so far created as much a challenge as an opportunity for overseas bitcoin mining farms as Chinese investors have been turning to back-up plans.