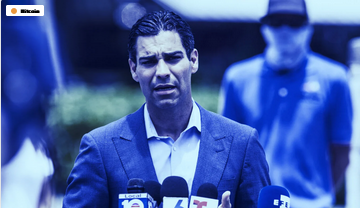 Chinese Bitcoin miners account for 65% of the network’s hashrate. But as their government pulls the plug on much of their industry, Chinese mining farms may have to move abroad to stay afloat. Come to Miami, says Mayor Francis Suarez, who welcomed the persecuted Chinese miners to the Magic City in an interview with CNBC published on June 17. To miners tired of dragging computers up chilly Xinjiang mountains or across humid hydroelectric dams in Sichuan, always threatened by a government crackdown, Suarez promises near-limitless supplies of cheap nuclear energy and a stable home. “The fact that we have nuclear power means that it’s very inexpensive power,” Suarez told CNBC this week. “We understand how important this is [...] miners want to get to a certain kilowatt price per hour. And so we’re working with them on that.” Electricity per kilowatt-hour (kWh) costs 10.7 cents in Miami, lower than the national average of 13.3 cents. The US government thinks that nuclear energy is the most reliable energy source by a large margin, as well as one of the most environmentally friendly. And Suarez has heavily advertised Miami as Bitcoin City. He uploaded the Bitcoin whitepaper to his city’s website, and a county commissioner dangled a “campus dedicated to Bitcoin” before an audience at a major Bitcoin conference earlier this month. Suarez’s pitch hasn’t convinced Chinese Bitcoin miners just yet. Max Hu, of Chinese Bitcoin mining company Power360, told Decrypt that Miami’s electricity price is “quite uncompetitive.” Kazakhstan, another contender, charges between $0.03 and $0.033 per kWh. Powering the fans that prevent mining machinery from burning up in Miami’s blistering sun would only add to the costs, he said. Ben Gagnon, chief mining officer at Canadian Bitcoin mining company Bitfarms, said that Miami contains few of the crumbling factories or abandoned military bases that .miners in China have repurposed into Bitcoin mining farms. These facilities usually have energy grids in place; starting from scratch in Miami would be expensive and time-consuming, he explained.​
However, Wayne Lin, founder of Chinese venture capitalist Axia8 Ventures, which has invested in Bitcoin mining, thinks that these setbacks aren’t enough to rule Miami out. The most important thing is political stability, he said. “I wouldn't want to spend millions of dollars setting up my facility if the policies could change suddenly,” he told Decrypt.

The politics in the US may be more favorable than in China. Florida likes nuclear power and Miami is in love with Bitcoin. It would be “concerning” if Mayor Suarez were to be voted out in the next election, said Lin, but things look good for now. Environmentally friendly Bitcoin mining could also appease influential US investors like Elon Musk, whose criticisms of power-hungry Bitcoin mining sunk the price of Bitcoin last month.