Long on Bitcoin, Ethereum and PolkaDot: Inside China's Most Successful Crypto Venture Firm 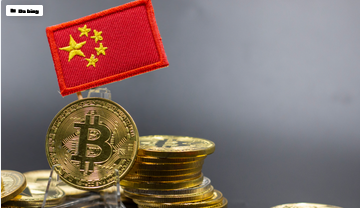 Continue Capital's diamond hands and belief in the long-term prospects of crypto have made it one of the most successful Chinese venture firms in the industry.​

One of the most successful Chinese crypto venture firms—perhaps the most successful—is Continue Capital. Intentionally, the name of the company, 肯定牛, is a homonym that sounds like the Chinese words for “guaranteed bull,” as in bull market.
It’s a fitting name. The recent bull market has made Continue a massive success. The two founding partners, Hongjiang Li who lives in China’s Shandong Province, and Xiahong Lin, who lives in California, are among the largest Chinese bag holders of OmiseGo, Zilliqa, Polkadot, and ICP. Their stakes were worth billions of dollars during the recent crypto peak.Though not very well known outside the China crypto circle, Li has 10,000 followers on his Weibo account, where he is better known by his nickname, Pima, a reference to an ancient, epic poem in which an old man reminisces about his days riding a horse into battle, fighting for his country.

Continue Capital’s philosophy of aping into crypto’s foundational building blocks and holding through bear markets has earned it a solid reputation in China’s crypto circle. This week’s da bing attempts to tell the inside story of their journey. I hope you walk away knowing that some China’s crypto community is breeding a class of investors who are investing and pushing the ecosystem forward.

Pima and Lin are both early Bitcoin adopters. Pima entered the space in 2013, fascinated by the burgeoning crypto discussions on Twitter and Bitcointalk. Like many early OGs, he operated a mining farm on his balcony at home, while having a day job at one of the largest real estate development firms in China.
Lin, then a software engineer at Twitter, entered the space in 2015. Lin takes great pride in drilling into the details of blockchain and Ethereum technology. While working on Continue, he also built Bodhi, a decentralized prediction market.The men met in 2016 and launched Continue Capital that year. “The two of us are extremely complementary,” Pima told me. “ Lin is passionate about the engineering and tech side of crypto, whereas my strength is in risk assessment and community rallying.”
No deal went through Continue’s pipeline without an endorsement from both founders. Indeed, the two worked so well together for the past 6 years that they never needed to take outside capital.


“One must conquer the bear to harvest the bull”​

“We never wanted to be full-time investors,” Pima told me, “but as we got deeper into crypto, there was a need for institutional money to invest and push the ecosystem forward.” Lin added: “The crypto industry actually pushed us forward. We just need to show our belief and the rest will take care of itself.”
Around the time that the duo went all in on crypto, Ethereum took off. They realized that the blocker to crypto reaching the next billions was to either scale Ethereum or find an alternative.
“Most people think our returns are made from our recent investments,” said Pima “That’s not true. We believe that the core to our thesis and belief comes from studying and researching in 2016 and 2017, which made us realize that to grow the ecosystem, we have to bet on the solution that solves a real problem.”
So Continue decided to place heavy bets on Omisgo, an Ethereum scaling solution, and Polkadot and ICP, both alternatives to Ethereum.
These projects are now household names (at least in crypto households) but in the bear market of 2017- 2019, few people dared to invest, let alone heavily. Continue not only invested in these Ethereum-scaling or Ethereum alternatives, they doubled-down during the depths of crypto winter.
For example, Continue invested 9000 ETH Polkadot in 2017 when ETH was around $400 and DOT was $0.05. Later, in 2019, the fund further invested $5M USD when DOT was $0.8. Today, DOT’s peak was $48. I have no clue when or if the men liquidated any of their holdings, but they could have made as much as $3 billion on the 2017 investment and $300 million on the 2019 investment.
Why didn’t other China-based crypto VCs do so well? They could have had they played the long game, but most investors in China want to make a quick buck. They steer clear of projects that require multiple years of lockup, which is what most solid projects require.
“Lockups never scare us. If we have conviction in a project, we will stay in for the long term,” Lin told me.
That’s not to say that Continue always wins. One of the darlings in its portfolio is Liquidity Network, an off-chain payment network. The project’s Twitter has not been updated since August 2020.


Deeply rooted in the Chinese community​

These days, Continue's investment thesis is heavily influenced by the idea that DeFi will continue to grow and be a driving force in crypto. Lin told me that the firm is “left hand L1 protocols and right hand DeFi.” He and Pima believe that both sectors will have exponential growth and bring crypto to the masses. Obviously, both Pima and Lin are well-respected among the Chinese crypto community. One of the key reasons is that both dedicated their time to bridge the knowledge gap between portfolios and communities.“We want to translate our knowledge into something that everyone could understand. Right now, there is lots of information asymmetry in the community. Retails don’t understand the crypto market and are therefore prone to invest in dog coins.” Lin told me
Pima is one of the most active voices on crypto Weibo. He frequently shares research analysis with the Chinese community.Such That may be Continue’s biggest contribution to the crypto ecosystem because unlike in western countries, where capital markets are mature and well-regulated, China’s capital market is still the wild west.“Because China’s capital market is less mature, we are seeing regular pumping and dumping," Pima said. "Everyone is chasing after overnight wealth. In addition, the lack of institutional participation in crypto has made China’s market more volatile and reactive.”
Obviously, Continue can’t change the crypto scene by itself. However, having the duo frequently share investment theses and bringing western knowledge to the eastern community has inspired a generation of young crypto investors. The most memorable part of my conversation with the VCs was that Lin admitted his real dream job is to be a singer who wanders around the world. It wasn’t just the singing that appealed to him, he said. It was that such a vocation would give him the freedom to chase after the most amazing innovations in the world.But what the fund has demonstrated is that rather than wandering from one project to another, chasing quick flips, the two have strong, steady, reliable diamond hands. They are convinced that crypto is the next paradigm shift—and are willing to stay through the toughest time.“When you have enough belief in crypto, the industry will push you forward,” Lin told me. That’s guaranteed bull.
You must log in or register to reply here.
Share:
Facebook Twitter Reddit Pinterest Tumblr WhatsApp Email Share Link
Top