I am seeing Windice players winning huge amount of Litecoins lately, from 0.1 to 10 litecoin or more. I see it still is very popular here and being used by many, being shared to other players through chat rain and trivia rewards, being rewarded to team vs team winners and more. I see players still loving LITECOIN

But few weeks ago, I have encountered some crazy and kind of disappointing news about Litecoin in google, listed in one of the trending topics/news.
3 weeks ago, I have read that this litecoin got delisted from biggest South Korean exchanges namely Upbit and Bithumb, Litecoin operations got terminated. 2 weeks ago, I have read that Binance dropped it's support for Litecoin, so the coin got slumped 11%.
The reason is because of activation of the MimbleWimble Extension Block (MWEB) update on the main Litecoin network, a protocol with extensive scaling and increased privacy capabilities, (uses several technologies, including confidential transactions and CoinJoin, which hides sender and receiver inputs and outputs, and combines multiple transactions into one).

Good thing litecoin still isn't delisted from Binance and other popular exchanges however, it's price really went down 50% from the last time I was able to trade 1.5 LTC and that was few months ago.

I remember, 1ltc was hundred dollars but now it's only 51 dollars and something.
What a big slap. Lol 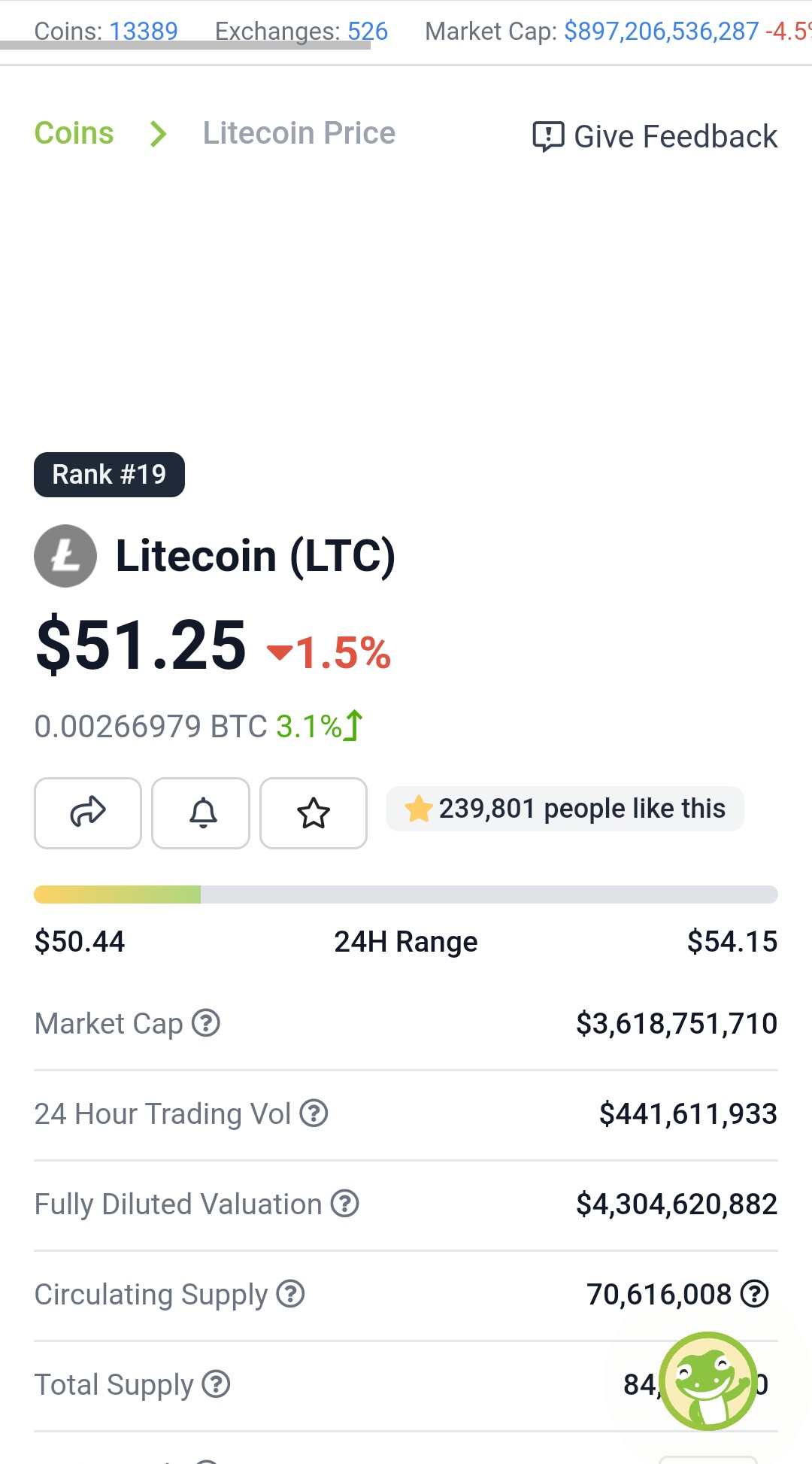 ​
​
Now that two big exchanges delisted LTC and it was also reported that binance dropped it's support, will LTC's price go even lower or will recover sooner or later? Will other exchanges decide to delist LTC as well or not? And will LTC have fewer/lesser hodlers this time or will retain it's volume of consumers?

Only time can tell. All I can say is GOODLUCK and keep hodling while LTC is still alive and active but always be ready to dump it fast.