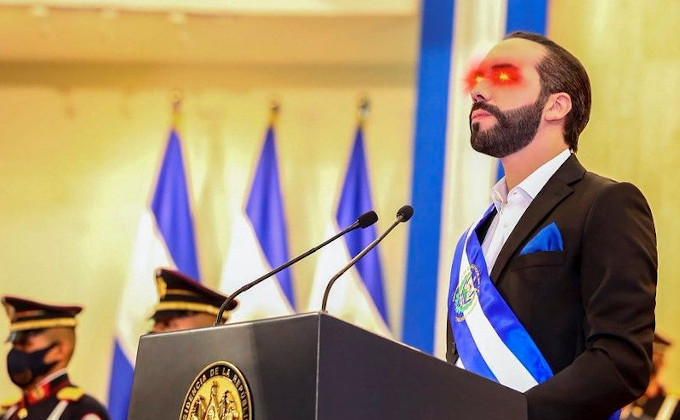 El Salvador has passed President Nayib Bukele’s bill to make Bitcoin legal tender in the country! The bill passed 62–19, with three abstentions, at around 8pm local time on 8 June.
The El Salvador Bitcoin plan is blitheringly obviously a scam, and the only question is the details of the scam.
The prize here would be a small country’s stash of genuine US dollars. At least $150 million will be extracted via a trust that’s being set up as an interface between dollars and bitcoins.
Strike, the payment network that El Salvador is working with, runs on tethers — a barely-backed substitute dollar token used in the crypto trading markets — and the “dollars” in a Strike account in El Salvador are actually tethers. Fake dollars go in, real dollars leak out.

President Bukele tweeted the text of the law in Spanish and English
This is skimpily drafted — “bitcoin” is not defined — gives the Executive branch way too much power to implement the needed institutions as it pleases (probably a feature as far as Bukele is concerned), and Art. 15 looks like a time bomb. But anyway!
The Act goes beyond the usual meaning of “legal tender,” which covers payment of debts. Businesses will be required to accept Bitcoin, even for purchases … unless they don’t have the technology.
Accounts will still be kept in US dollars, the official currency of El Salvador — bitcoins will be, explicitly, a dollar substitute.

Per Art. 14 of the Act, El Salvador is setting up something like a currency board, sort of, to interface between bitcoins and US dollars. Merchants will be required to accept Bitcoin — but the Trust will make up for Bitcoin’s awful volatility, as Bukele explained on Space
The trust will be set up by the national development bank, BANDESAL — not by the central bank — with $150 million, in actual dollars.
The central bank’s total reserve is $2.5 billion. Bukele admitted on the Spaces call that $150 million was a lot of money to El Salvador.
The trust fund will assume all the risk that the price of Bitcoin goes down. If the fund is limited to $150 million, that’s not a recipe for utter disaster. But all the trust is doing is providing cover for Bitcoin’s ridiculous volatility.
The trust is being set up in partnership with Strike, so I suspect it won’t be paying out in dollars, but in tethers — but we’ll get to that part of the scheme shortly.

Bukele plans to gradually replace the dollars with bitcoins that have been accepted by merchants, and the trust will end up holding $150 million in bitcoins. That is: El Salvador will launder $150 million of bitcoins. From the Spaces call.
There is absolutely no way to run Know-Your-Customer to international standards on Bitcoin transactions, and also have Bitcoin treated like legal tender. So they’re setting up a gateway for questionable bitcoins.


How well does Strike work?​

“Bitcoin Beach” was set up in the village of El Zonte, as a proof-of-concept for a circular Bitcoin-based local economy. This is subsidised by “an anonymous bitcoin whale.

Frances Coppola hypothesised that Bukele will create a US dollar stablecoin and debase its backing, rather than using actual dollars — as a way to print money
Coppola’s guess was very close. Strike uses tethers to transmit US dollars from the US to El Salvador — and the balance at the other end stays in tethers.
What if your family back home wants the, you know, dollars that you worked hard for in the US, and thought you were sending to them?


Well, that’s easy — you can cash out your USDT balance as US dollars at a Strike-operated Bitcoin ATM!

How many Bitcoin ATMs are there in El Salvador? 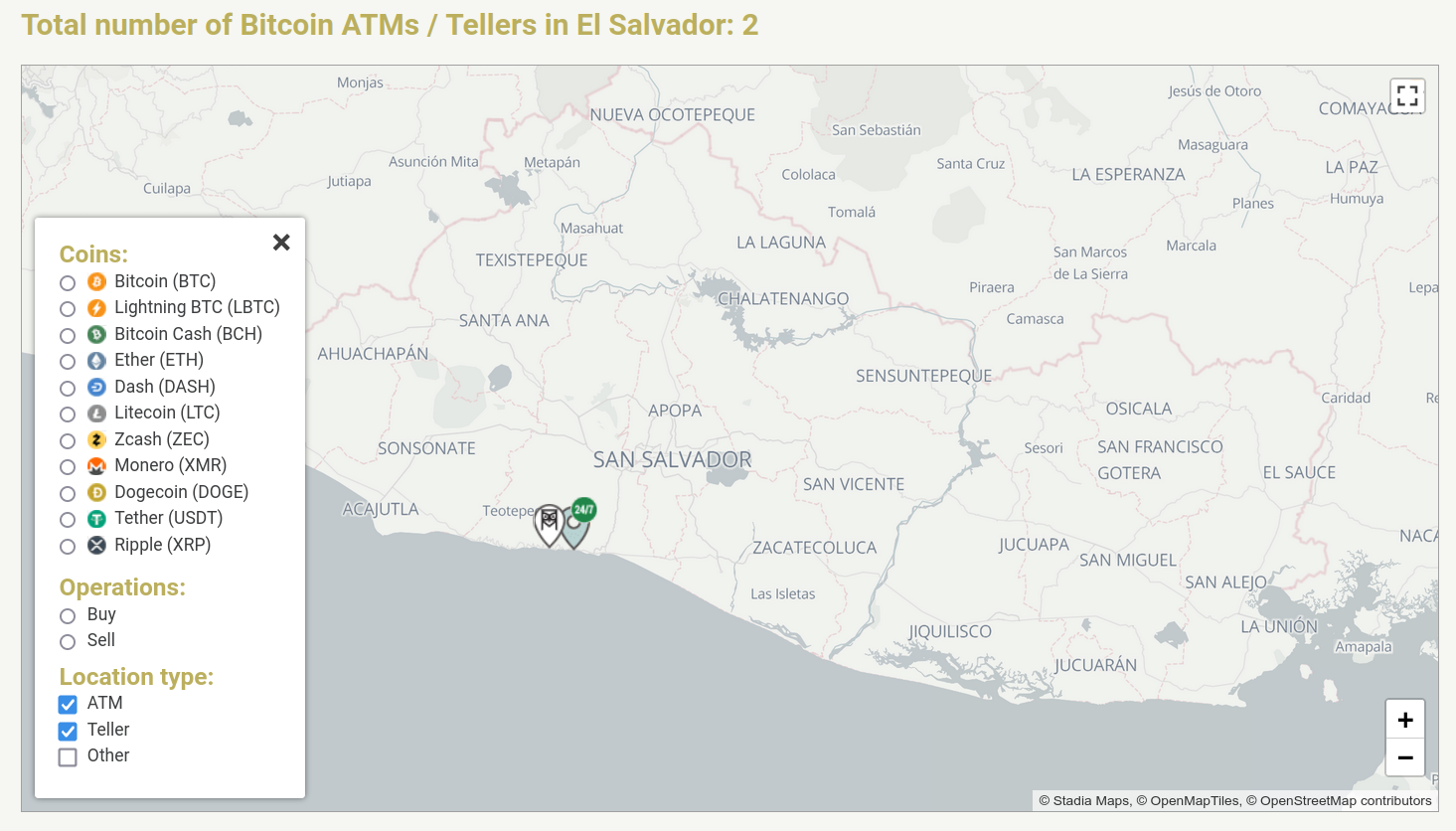 Two. Both are in Bitcoin Beach — at El Sunzal and El Zonte. And none in backwaters like, er, San Salvador

The Strike system — supplied by the government for everyone — will default to tethers, and try to keep you using and circulating tethers.
Strike, meanwhile, still has the actual US dollars that were put in at the sending end

what Do you think ?? Just assume the El Salvador Bitcoin thing is absolutely as dumb as it looks, and you’ll make correct predictions.??