Dogecoin Killer or Kin? How Shiba Inu Differs From DOGE

Shiba Inu calls itself a "Dogecoin Killer." In many ways, it's a different breed.​ 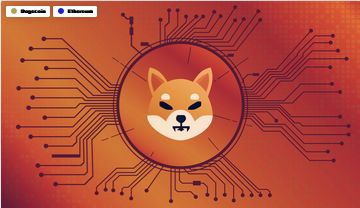 In the past month, top US exchange Coinbase has announced listings for a pair of cryptocurrencies that are based not on battling inflationary monetary policy or creating a censorship-free internet, but on...dogs. After Dogecoin (DOGE) made dog cryptocurrencies cool, a host of other projects got in the act, including Doge Cash, Akita Inu, and Dogelon Mars. The most successful has been Shiba Inu (SHIB). In mere weeks after debuting on Binance, it had amassed a $9 billion market cap by appropriating the same meme-derived mascot. (It has since cooled to $3.5 billion.) But although Shiba Inu's creator has embraced the nickname "Dogecoin Killer," SHIB and DOGE are fighting with different weapons.
​
What's it good for?

Dogecoin is a fork of Luckycoin, which itself forked from Bitcoin-spinoff Litecoin. Its main use is for online tipping because its low, low price and abundance make it feel equivalent to that penny in your pocket you're never going to use anyway. Its infinite supply limit means 10,000 new DOGE will be created every minute. You can always get more, right? But then, with help from super-fans Elon Musk and Mark Cuban, Dogecoin took off, surpassing its long-time ceiling of $0.01 on January 27 and never looking back. It went as high as $0.68 this year, and even at its current price of $0.29 has the seventh-largest market cap of any cryptocurrency, according to Nomics.By contrast, SHIB says it is "an experiment in decentralized spontaneous community building," which sounds a bit in accordance with the Dogecoin ethos of memes and LOLs. Its tokenomics, however, are very different. It does have a supply cap, though a very high one of 1 quadrillion. That's effectively been cut in half as the project gifted 50% to Ethereum co-founder Vitalik Buterin...who then gave a sizable portion to charity before ultimately burning (read: removing from circulation) most of it.​
What's in a name?

As readers have reminded Decrypt, DOGE is a coin and SHIB is a token. Though these terms are often used interchangeably, coins exist on their own blockchain, while tokens run atop another blockchain's infrastructure. That's relevant because Shiba Inu is subject to Ethereum development decisions and because demand for the token can clog up network transactions and raise network transaction prices of Ethereum-based tokens across the board. According to its, ahem, WOOF Paper, Shiba Inu founder Ryoshi chose to build atop of Ethereum "to ensure that his project was free to change and evolve with zero outside regulations impacting it." Moreover, Ethereum was "already secure and well-established," allowing decentralized projects atop it. The real aim, though, is to transition toward a decentralized exchange, ShibaSwap, which will allow crypto traders to swap other Ethereum-based tokens directly—and even "faster and cheaper" after the Ethereum 2.0 upgrade. In fact, the basic tokenomics of ShibaSwap have already been laid out, with three tokens: Shiba Inu, Leash Dogecoin Killer, and Bone: "On ShibaSwap your Shibs will DIG for BONES, or even BURY their tokens. The best trainers even teach their Shibas to SWAP which allows the pup to exchange one token for another token." Regardless of what makes them different, at least they both have a sense of humor.​
You must log in or register to reply here.
Share:
Facebook Twitter Reddit Pinterest Tumblr WhatsApp Email Share Link
Top