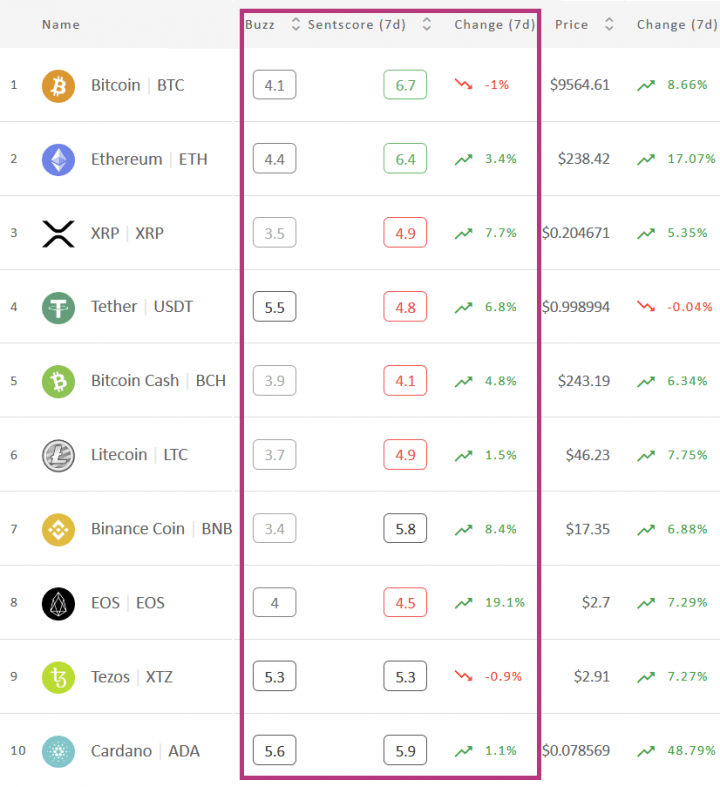 Crypto market sentiment has taken another step upwards. Following the last week's small rise to 5.13/10, the combined moving 7-day average market sentiment score (sentscore) for the top 10 coins has increased to 5.33 over the course of last seven days, as shown by crypto market sentiment analysis tool Omenics. Both Bitcoin (BTC) and Ethereum (ETH) remain in the positive zone as the only ones there - the former with a lower and the latter with a higher sentscore.

The number of coins with a sentiment increase has doubled since last Monday, now there being eight of them. Among these, EOS is leading by far, seeing its score go up by more than 19%, escaping the negative zone. Actually, there are no more coins in the negative zone this week, as Bitcoin Cash (BCH) escaped too. Meanwhile, BTC is one of the two coins whose scores have dropped, the other one being Tezos (XTZ). Still, both dropped 1% or less, which manifested itself in a 0.1 difference in score for both coins compared to last Monday's sentiment. Meanwhile, ETH's score is by 0.1 higher than last week.