COMP, the governance token of a decentralized lending protocol, has increased by 21% in the past 24 hours.​ 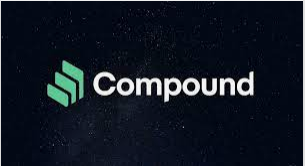 The coin that powers Compound has increased by 21% on the day, just a few days after the decentralized lending protocol launched a fixed 4% APY yield service. COMP, which kicked off the yield farming craze when it launched about a year ago, is now worth $384. That’s a 70% increase in the past week. Yield farming is the practice of scraping decentralized finance protocols for ultra-high yields, often through lending tokens and earning governance tokens, like COMP, in return. Yield farmers rinsed Compound’s protocols for all its governance tokens shortly after it launched, so these days the yield on Compound simply refers to the interest rate on loans. COMP has risen after Compound launched its latest product, Compound Treasury, on June 29. The service is designed for “non-crypto native businesses and financial institutions.”

With Compound Treasury, non-crypto companies can count on “guaranteed” yields of 4% on the US dollar-powered stablecoin, USDC, without falling into the crypto rabbit hole. They aren’t FDIC-insured and USDC could blow up in blames, but they’re better than the rates offered by FDIC-insured banks. Just a couple of months ago, 4% would seem trivial compared to the 12% yields on stablecoins offered by other DeFi protocols, but times have changed and yields on non-fixed-rate staking protocols have sunk to slightly under 4%. Time the market right and with a gargantuan amount of luck, yields of thousands of percentage points are still achievable on some DeFi protocols. But it’s a crapshoot and risky and lots of those projects turn out to be scams or are mismanaged. So, Compound’s offering is pretty solid, especially for companies that require a guaranteed income. So solid, in fact, that Coinbase, which mints USDC along with Circle, decided to launch its own 4% stablecoin savings service just a day later. Coinbase’s stock price has not risen by as much as COMP. The price rose from $224 on June 25 to $255 on June 29, an increase of 13.8%, before sinking to $240 on Friday. Non-crypto companies, therefore, would have achieved far higher gains by just investing in Coinbase and Compound directly.
You must log in or register to reply here.
Share:
Facebook Twitter Reddit Pinterest Tumblr WhatsApp Email Share Link
Top