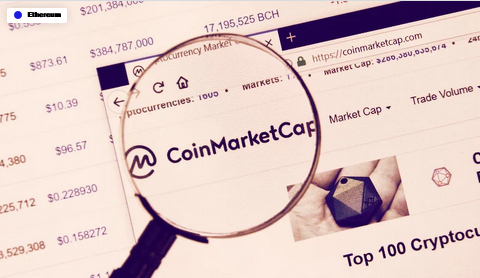 Traders addicted to refreshing CoinMarketCap can now swap Ethereum-based tokens directly on the popular crypto price reference site. Through an integration with decentralized exchange Uniswap, visitors that connect their crypto wallet can buy or sell any ERC-20 token they please—just like on Uniswap itself. The integration, launched today, is a big boon for Uniswap; CoinMarketCap, founded in 2013 and bought out by Binance seven years later, attracted 272 million visitors to its site last month, according to Similarweb. It's also a no-brainer for CoinMarketCap. Launched in 2018, Uniswap accounts for 65% of the trading volume on decentralized exchanges—exchanges maintained by their community, not by a corporation.

Since Uniswap is decentralized, anyone can list an Ethereum-based token on the exchange. Coins are often listed on Uniswap before larger exchanges, like Binance, list them. Like the rest of DeFi, CoinMarketCap’s Uniswap integration requires users to link their crypto wallet. The integration supports MetaMask, WalletConnect, Coinbase Wallet, Fortmatic and Portis. There’s one notable tweak to CoinMarketCap’s version of Uniswap. It doesn’t automatically include a list of 4572 tokens maintained by CoinMarketCap’s competitor, CoinGecko. This list, which must be added manually, includes popular altcoins, including the viral Dogecoin spinoff, Shiba Inu (SHIB). It is interesting that CoinMarketCap, whose executives were installed by Binance but claim independence from the exchange, chose to integrate Uniswap before PancakeSwap, a DEX that runs on Binance Smart Chain (BSC), the blockchain run by Binance.

Despite the convenience of the integration, CoinMarketCap’s users must still pay transaction fees on Uniswap. These hit over $200 per transaction a few months ago, when demand for the Ethereum blockchain was high. That said, Ethereum’s fees are at their lowest price in six months.​
You must log in or register to reply here.
Share:
Facebook Twitter Reddit Pinterest Tumblr WhatsApp Email Share Link
Top