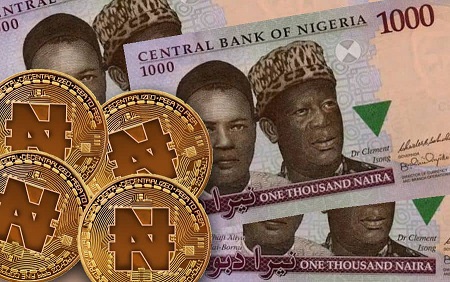 ThisDay is reporting that the Central Bank of Nigeria (CBN) has disclosed plan to launch a digital currency before the end of this year.
The Director, Information Technology, CBN, Rakiya Mohammed, revealed this on June 10, 2021, during a vitual media briefing at the end of a Bankers Committee meeting held that also held virtual.
"The digital currency would be accessible to all Nigerians. Just like everybody has access to cash, everybody will have access to the central bank's digital currency. Let me state categorically that cryptocurrency such as Bitcoin and the rest of them are not under the control of the central bank; they are purely private decisions that individuals make.

"We have spent over two years studying this concept of central bank's digital currency and we have identified the risks. And it is one of the reasons why I said we are setting up a central governance structure that would involve all industry stakeholders to access all the risks as we continue on this journey.
"Very soon we would make an announcement on the date for the launch and by the end of the year we should have the digital currency," the central bank director added.
You must log in or register to reply here.
Share:
Facebook Twitter Reddit Pinterest Tumblr WhatsApp Email Share Link
Top