Today’s the 11th anniversary of the day a Florida man spent 10,000 Bitcoin on two pizzas.​ 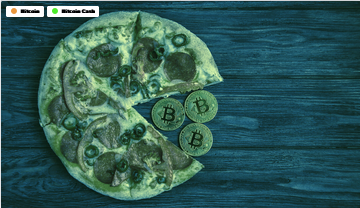 Today marks the 11th anniversary of Bitcoin Pizza Day, an annual celebration of Bitcoin and a solemn parable for the virtue of HODLing. On May 22 2010, Laszlo Hanyecz, a Florida software programmer and one-time Bitcoin core contributor, bought two Papa John’s pizzas for 10,000 Bitcoin. It’s one of the first times that someone bought something with Bitcoin. 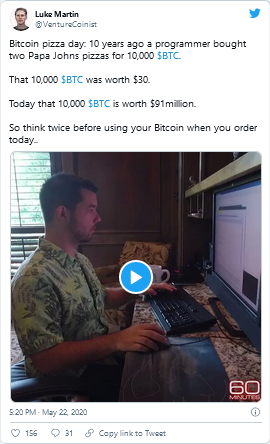 “I just want to report that I successfully traded 10,000 bitcoins for pizza,” beamed Hanyecz the BitcoinTalk forum on May 22, 2010, before posting several photographs of the two Papa John’s pizzas he bought. Those two pizzas cost $41 at the time. At today's price, 10,000 bitcoins cost $384 million. And at Bitcoin’s all-time high of $64,863 last month, those two pizzas would be worth $684 million. In a Bloomberg interview in February, Hanyecz said he has no regrets about his purchase—although he advised using cash to buy pizzas.

The idea of holding tightly onto Bitcoin didn’t make sense back in 2010, when each Bitcoin was only worth a couple of cents. Steve Ehrlich, CEO and founder of Voyager Digital, told Decrypt, “Back then, the tangible value of Bitcoin seemed inconceivable, and its future uncertain, so one could justify that it was a fun social experiment.” But a lot has changed since Hanyecz’s pizza purchase—and not just Bitcoin’s price. Bitcoin started out as a peer-to-peer cash system that early adherents hoped could replace central bank-controlled fiat money. But the combination of a capped supply, an expensive mining system and heightened demand meant that Bitcoin’s price and transaction fees kept rising, making it more valuable as “digital gold” rather than as a useful medium of exchange—and certainly not useful for buying pizza.

"I tried paying for pizza last night in Bitcoin and was met with a puzzled look,” Jayne Cripps of digital asset brokerage GlobalBlock told Decrypt.
Bitcoin pizza day means something different for supporters of Bitcoin Cash, a cryptocurrency that hard-forked from Bitcoin in 2017 to prime it for payments. A small community of BCH supporters still live like Laszlo Hanyecz did in 2010. Hayden Otto, a BCH investor, told Decrypt he celebrated this year’s Bitcoin pizza day with 30 others at Mama Teresa's Pizzeria, a BCH-accepting restaurant in North Queensland, Australia. It’s “like Bitcoin pizza day every day” for Otto and his fellow BCH spenders, he said. 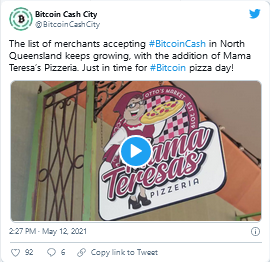