"Bitcoin and Ethereum Are Dead" 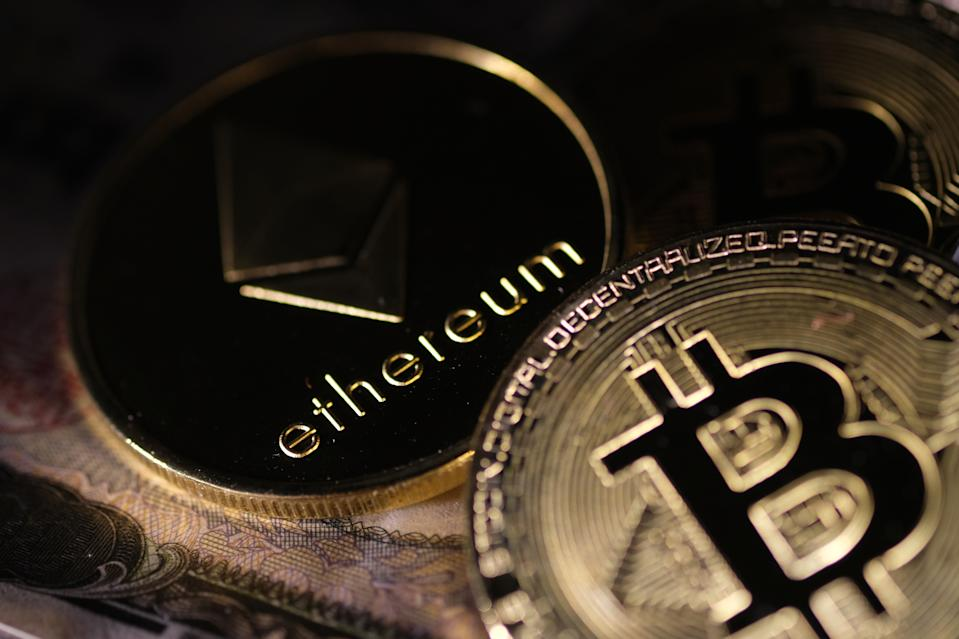 1. It’s already old technology Bitcoin was an absolutely ground-breaking concept when it came out, just like the Ford Model T or Edison’s incandescent lightbulb. But the first iteration is rarely the best. Even my mother-in-law doesn’t use Windows on a PC anymore. Bitcoin’s proof-of-work distributed ledger is proving itself to be arcane technology compared to proof-of-stake systems. ETH is currently making the switch, but it remains to be seen if they’ll pull it off successfully. And we have no idea what future innovations will make these early coins irrelevant in the same way the iPhone crushed the home phone/wristwatch/TV/alarm clock/GPS markets.

2. People are realizing crypto isn’t a hedge against inflation Investors are rightfully worried governments are debasing their purchasing power (they are) and that hyper-inflation is coming (it’s already here.) But cryto isn’t a hedge against these things — it’s a speculation against them. Making money by betting on coins requires someone else to lose money. It’s only a matter of time before the majority of speculators (the losers) will realize there are safer ways to hedge against monetary manipulation.

3. It’s expensive People hate transaction fees. It’s why people ditched Paypal for money transfers and moved to Wise. As Amazon has proven in every market it’s entered, shaving profit margins to the bone is what wins in the long-run. (Because, after all, what is corporate profit but the final inefficiency?) And let’s face it: ETH’s gas fees are absurd and BTC’s transaction fees leave plenty of room for competitors to undercut them like Walmart in nineties.

4. The bigs will do what they always do The top 4% of hodlers own 95% of all Bitcoin. You can’t stop the whales. Just look at what Elon Musk is doing with BTC and Doge. “Free”-market capitalism always ends in monopoly. You don’t need to corner the market on BTC or ETH — with a big enough stake or a large platform, they’ll be able to repeatedly manipulate prices in their favor. Over the long run, speculators will steer clear, knowing the house always wins.

5. It’s horrible for the environment Bitcoin is a brutal energy hog, generating 22+ million metric tons of carbon dioxide emissions per year — the equivalent of 6.7 million cars. If Bitcoin was a country, it would be the 9th biggest electricity consumer on the planet. Sure, some miners use renewable energy, and to be clear, crypto-mining uses far less energy than gold mining and the traditional banking system, but until 100% of our global electricity comes from renewables, this means ESG/SRI investors are likely to steer clear. Cambridge Bitcoin Electricity Consumption Index Did you read that? 130 terawatt-hours per year. A terawatt-hour is enough energy to run a city of 200,000 for a year. And what do we have to show for it? A video game. With that kind of environmental impact, paired with whales like Elon manipulating prices, it’s only a matter of time before…

6. Governments will increase regulation and taxation As lawmakers begin to wrap their heads around this new digital casino, they’ll see it as: a.) Something they need to “protect” their citizens from (and you know there’s a crooked bank out there who’s lobbying for them to do just that.) b.) A fresh source they can tap for new tax revenues. Right now, most countries tax crypto profits at a capital gains rate. Expect the introduction of corporate rates, income rates, and potentially even a transaction rate. The major question is what will happen when people start writing off their losses. Since this is a pyramid scheme and millions are bound to lose, these mathematically-inevitable write-offs could crush tax revenues and cripple social service programs. We just don’t know the long-term effects yet.

7. Altcoins will continue to eat market share BTC was 1.0. ETH was 2.0. ADA (proof-of-stake) and NXS (quantum resistance) are 3.0. Others will follow. To be clear, Bitcoin was brilliant — and more importantly, it introduced the world to blockchain — but it’s just the start, not the end. For the tens of millions of speculators who are only invested in crypto in hopes of striking it rich when a coin goes “to the moon,” they mostly realize that BTC’s and ETH’s biggest rises are behind them. They’re looking for new coins to pump, ones with 100x upsides. Expect them to look elsewhere. Galaxy Digital and Forbes

8. More countries will ban BTC and ETH I used to drink out of styrofoam cups as a kid. Then one day they disappeared. I’ve traveled to forty countries in the past decade. Aside from America, I haven’t seen a styrofoam cup since, because nations just banned them. Crypto prices recently plummeted after China announced its Bitcoin ban. This is just the start. Don’t think other countries won’t follow suit, especially as they launch their own national surveillance currencies. It will be in their best interest to make crypto trading illegal. And remember, you don’t have to directly go after BTC and ETH to hurt them irreparably. You just need to make it illegal for your citizens to own them. You don’t have to shut down McDonald’s to cripple McDonald’s — you just have to make it illegal to eat at McDonald’s. As we enter the age of Central Bank Digital Currencies (CBDCs — programmable and trackable surveillance money), we’ll see several hundred countries become direct competitors with BTC and ETH. Never underestimate the violent lengths to which governments are willing to go to retain power. Bitcoin’s market cap typically hovers around a trillion dollars, and ETH somewhere around half that. The USA’s GDP is over $20+ trillion, and it’s backed by the most lethal military in human history. If crypto becomes an economic Thucydides Trap, don’t expect America (the modern Sparta) to roll over and die. In fact, don’t expect any corporate-sponsored nation to surrender. Expect them to play extremely dirty.​

Its too early to predict it is dead, remember it is bitcoin which bough about the evolution of crypto space and then other altcoins came into existence and today as a relevance. Bitcoin still remains the king and more or less if btc rises or falls other coins reacts accordingly. Well to me both coins are a must in a portfolio and continue to buy it.
You must log in or register to reply here.
Share:
Facebook Twitter Reddit Pinterest Tumblr WhatsApp Email Share Link
Top