Bingo - a game in which players on a printed paper board with numbers circle the numbers drawn by the game leader - caller. The game is known in two versions: with a board size 5x5 - BINGO 75 or 3x9 - BINGO 90. The first person to whom all numbers on the board will be drawn (BINGO 90) or all numbers in a line (BINGO 75) shouts "Bingo!", informing others about winning.

Bingo may come from a game called lotto, popular in Italy in 1530. The word bingo comes from a distortion of the word beano, the name of a bingo-like game played in the USA in the 1920s. The name beano comes from the English word bean. the beans were used to cover the read numbers. The name of the bingo was born when an excited player shouted out Bingo! instead of Beano! 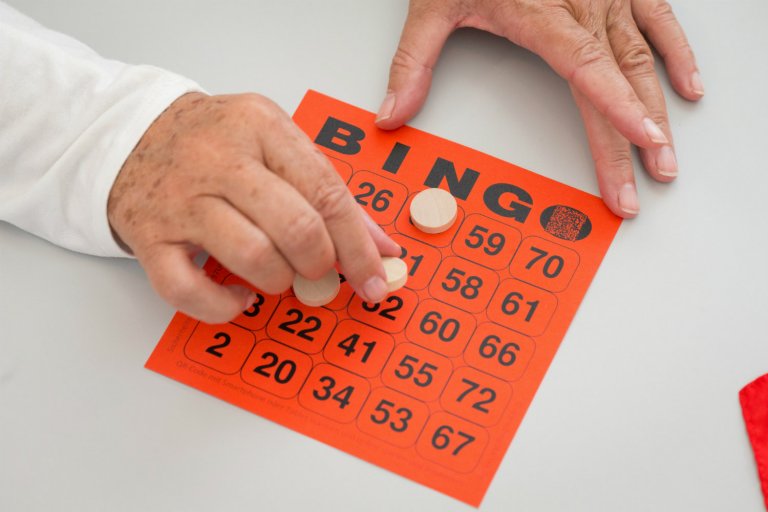 Players who would like to play the game of bingo, but do not know its rules, do not have to worry about anything, because the rules of bingo are very simple. The game is fun, teaches perceptiveness and requires reflexes.

How to start playing bingo?

The rules of bingo are easy to learn in less than a few minutes, and the player can start participating in the bingo game almost immediately. In bingo, a player may be dealt one card, but may purchase multiple cards. In the American version of bingo, the playing card is printed with a number of lines of 5 × 5 and contains letters and numbers. The letters of the word B-I-N-G-O are printed at the very top of the card. Below each letter in the vertical row is a list of numbers. The American Board Bingo version has 75 numbers, while the British and Australian Bingo cards have 90 slots. These numbers are printed randomly on each card. If the number is summoned, the cardholder checks if the called number is on his card and marks it when he has it. In case the card contains the entire winning pattern, its owner wins. The numbers are called randomly by the microphone or in online bingo via software. When the card has won a bingo pattern then the game is over.

There are thousands of bingo designs. The three basic groups of patterns are standard, crazy and wild. It is very important to know which patterns are winning in a given game. If the player does not know which pattern is winning, he may overlook the win because he will not know what to look for. This is the most common problem for offline gamers. On the other hand, if a player has chosen to play an online game, most bingo software will notify the player that they have won.

Numbers and numbers in bingo

The Bingo game is one of the many games of chance and it is not possible to determine in advance which card will be the winning one as there are thousands of possible bingo combinations and patterns. Players who want to increase their chances of winning should buy more cards and look for games with fewer players. In the latter case, the pot is smaller as there are fewer players in the game, but it may happen that the game is promotional with a guaranteed stake.

Online bingo rules and its advantages

The game of bingo can become both online and offline. Playing online to access a wide variety of games are bigger, and everyone can be champions wherever they are and most of all they want. All you need to do is find the website with the game, learn the rules of bingo and play without leaving your home.
You must log in or register to reply here.
Share:
Facebook Twitter Reddit Pinterest Tumblr WhatsApp Email Share Link
Top