"Today, I would call BCH mostly a failure. My main takeaway: communities formed around a rebellion, even if they have a good cause, often have a hard time long term, because they value bravery over competence and are united around resistance rather than a coherent way forward." 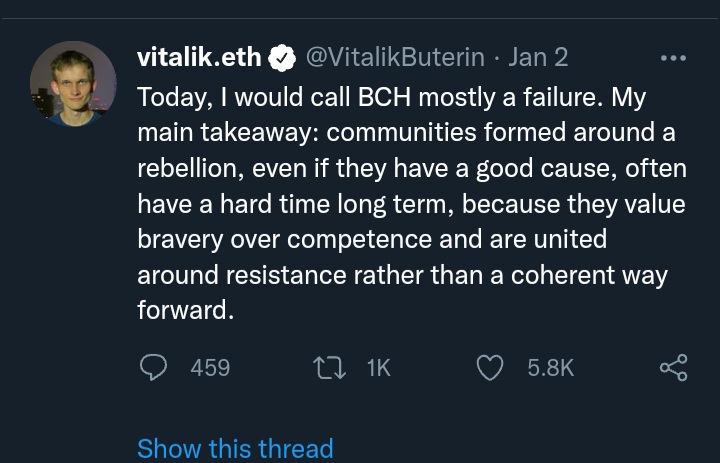 Despite agreeing and cheering it on 2017. What do you guys think?

I think with the smartbch defi protocol, bch will make it back to top 10 this year. Of course. It is not a financial advice!

And it will continue to aim as a peer to peer electronic cash and hopefully more merchants will adapt it! 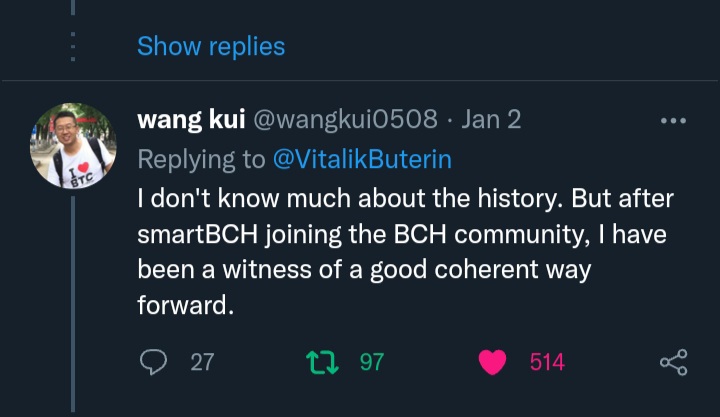