Solana, the 14th-largest cryptocurrency in the market, is among the market’s biggest gainers over the past 24 hours.​ 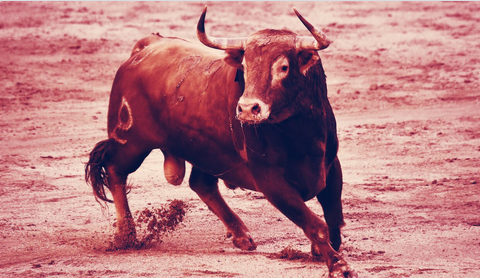 SOL, the native token of the Solana blockchain, has seen some impressive growth since Tuesday’s crash, soaring by more than 18.31% since then. The coin has slightly backtracked since then, but is still up by nearly 5% over the past 24 hours, according to data from CoinGecko. There’s still some uncertainty in the overall crypto market, however, Bitcoin has again briefly touched $35,000 on Friday morning, going up by almost 4%. Several altcoins, including Dogecoin, have seen even bigger gains of over 10%.

One key driver behind SOL's return has been Thursday’s launch of tokenized stocks on the Solana blockchain, rolled out by Swiss-based firm Digital Asset AG. Tokenized stocks of more than 50 public companies, including Facebook, Google, Netflix, Nvidia, PayPal, Square, and Tesla, are currently available only on the cryptocurrency exchange FTX. However, they can also be transferred to both centralized and decentralized exchanges built on the Solana blockchain. Solana developments front and center Launched on mainnet in May 2020, Solana has been often touted as an “Ethereum killer” as its proof-of-stake blockchain claims to be capable of processing 50,000 transactions per second (TPS) at peak load.


This far outpaces Ethereum’s average of between 10 and 15 TPS, or Bitcoin’s average of between five and seven, making Solana a strong contender for being a platform of choice for developers working on decentralized applications (dApps). Though decentralized finance (DeFi) has been a key focus for Solana, its functionality extends to other sectors. With the recent launch of Metaplex, a Solana-based open-source protocol and a marketplace for non-fungible tokens (NFTs), the network will now host various crypto artworks and digital collectibles. Earlier this month, Solana Labs, which develops the blockchain, raised $314 million from heavyweights like Polychain Capital, Andreessen Horowitz, CoinShares, and Alameda Research to continue building out the network.These developments and a broader recovery in the crypto markets are just a few of the reasons behind SOL’s latest rise.​
You must log in or register to reply here.
Share:
Facebook Twitter Reddit Pinterest Tumblr WhatsApp Email Share Link
Top