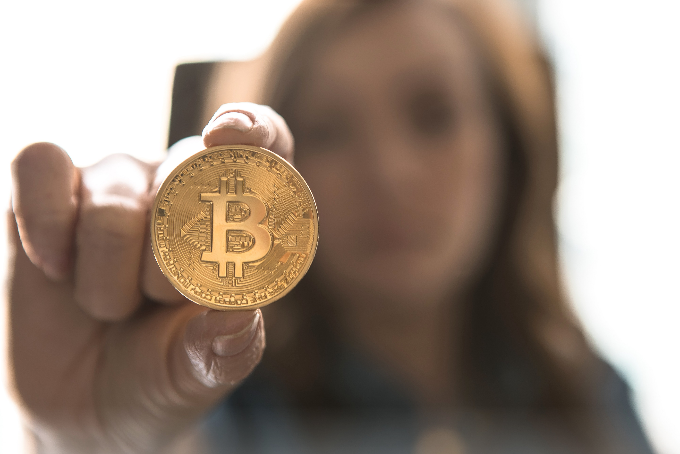 The first time I heard about Bitcoin, I thought, what an amazing idea. A global digital currency not controlled by a government or a central bank. A global currency with a fixed money supply. No one could pump more money into circulation, trying to fool us we were getting richer.For the past 6 or 7 years, I have been following Bitcoin’s progress and fanatically cheering for its success. However, as I have watched Bitcoin’s value explode in the last year, I have become a bit of a skeptic.
The new investors gushing over Bitcoin today seem to be so absolved in the price of Bitcoin that they cannot see the serious challenges that Bitcoin still faces.
I remember how, in 1999, the Greek Stock Market reached its all-time peak of a massive bubble. I was doing my military service working in the office of a battalion. Every morning these career army sergeants would walk in with three different business newspapers under their arm. They sat there talking to me about P/E ratios and market caps, not realizing how clueless they were.A few months later, the stock market would collapse, and all these army guys (along with hundreds of thousands of other Greeks) lost their life savings. Today, I observe pundits discussing Bitcoin on Twitter, and they don't sound that different from the drill sergeants I met 22 years ago.
I have 4 main issues with Bitcoin. Four issues that make me wonder if Bitcoin is just one enormous bubble waiting to implode.

Every time one of the Winklevoss twins predicts that the price of Bitcoin will rise to $100K or $500K (or let's make up a number), I ask myself, well, how many Bitcoins do these guys own? Not only do they own a lot of Bitcoin, but they also own businesses in the Bitcoin ecosystem. They want the price to go up because the higher the price of Bitcoin, the more valuable their bitcoin becomes. The more you pump up the price, the more people want to buy bitcoins, which leads to more transactions and more commissions.There are thousands of guys and gals whose entire wealth depends on the price of Bitcoin rising. Therefore, they will continue predicting that the price will rise because they want the price to rise. The question is not whether they are right or wrong. They are not the best people to predict the future movements of Bitcoin.On the other side, I see Bitcoin haters, people who predict that its value should be zero. What do all these people have in common? They do not own Bitcoins, and they probably regret not buying when a Bitcoin could buy you a pizza. They will never get over the fact that their prediction could be wrong, so they do everything they can to discredit Bitcoin.It is complicated to find analysts to give an aim estimate of what the price of Bitcoin should be. This leads me to my next point.


How do we estimate the overall value of the Bitcoin economy?​

Take the stock price of Apple. Apple is a company that makes devices and software. They sell an X number of these devices for a specific price, and then stock analysts look at their books and try to figure out if Apple’s stock price is correctly valued. Is the current government business-friendly? Foreign Exchange analysts ask these and many other questions to determine if a country’s currency is reasonably priced. Now let's look at Bitcoin. How the hell do we judge the value of the Bitcoin economy? It’s not really a company that issues income statements for us to estimate its market cap. And it is not a country that offers macroeconomic data for us to value the currency.We need to somehow reasonably determine if the Bitcoin economy is worth 1 trillion US dollars (which is the approximate value today, based on the Bitcoin price being at $51.000). But who is to tell me that the Bitcoin Economy could be worth much less (for example, $100 Billion) or maybe much more ($5 Trillion US dollars)? And what factors do we use to measure the size of the economy? Most of the transactions in Bitcoin today are basically people buying and selling Bitcoins. Very few transactions involve paying for goods and services. This brings me to my next point.


Transactions in Bitcoin are mainly for Bitcoin-related services.​

How many companies actually accept Bitcoin? I mean companies that sell physical goods and services. Very few accept Bitcoin, and among those that accept, very few of these transactions are in Bitcoins.I started accepting Bitcoins for my online business. I sell some online courses in the construction space, and I gave my subscribers the option of paying for Bitcoin.So far, only one person, a young man from Nigeria, took me up on the offer to pay me in Bitcoin. He made it clear that because of capital controls in Nigeria, paying in Bitcoin was his only viable option for international transactions. But will we ever see numerous businesses and people outside the ecosystem accepting bitcoins? How about my local butcher or the furniture store down the road? And please don’t give me the example of Tesla. Tesla is accepting Bitcoins because Elon Musk has made a massive bet on Bitcoin. He would look silly if he didn’t.
This brings me to my final point that if Bitcoin is not used for transactions, we need to decide its purpose.


Is Bitcoin a means of transaction or a store of value?​

One of the big problems with Bitcoin is that it is not convenient for micro-payments. Performing a transaction with Bitcoin costs money, and the cost depends on the volume of bitcoins being traded. If you are trying to buy a coffee with Bitcoins, you may pay more for the transaction than the coffee.
Unfortunately, for Bitcoin to establish itself as a reliable store of value, it needs to figure out its volatility problem. Right now, the volatility of bitcoin is insane, despite more and more people adopting the currency. Judging by its volatility, people currently buying Bitcoin are not investing in a long-term store of value. They are just greedy speculators.
You must log in or register to reply here.
Share:
Facebook Twitter Reddit Pinterest Tumblr WhatsApp Email Share Link
Top