LocalBitcoins is now moving beyond Bitcoin, and Dogecoin is the most active trading pair among the select few altcoins.​ 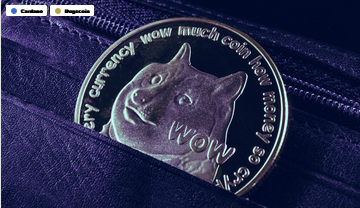 The peer-to-peer Bitcoin trading platform LocalBitcoins is expanding its offerings beyond just BTC in a bid to grow its customer base, adapt to new market conditions, and embrace the world of altcoins. LocalBitcoins announced last week that it’s now adding support on its exchange for Dogecoin (DOGE), Elon Musk's favorite cryptocurrency. Along with the meme coin, it also added support for payments with Tether (USDT), Polkadot (DOT), Cardano (ADA), Bitcoin Cash (BCH), USD Coin (USDC), and Chainlink (LINK)."You asked, we delivered! Some highly anticipated altcoins have now been added as payment methods!" the platform said in an official blog post. LocalBitcoins also noted the inclusion of more than 40 other alternative payment methods such as AirTM, transfers between Uphold accounts, MercadoPago, Chime, and the highly popular PIX in Brazil, which will be available in dozens of countries. At the moment, trading volume data isn’t yet available for the altcoins, though Dogecoin ads (requests to buy or sell at a given price) are currently dominating the LocalBitcoins boards. 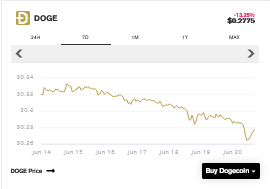 LocalBitcoins competes with Paxful for the title of the most popular peer-to-peer platform among Bitcoin traders. It is especially dominant in Latin America, where it has established itself as the go-to option in several countries. For example, due to legal restrictions, Paxful no longer supports users from Venezuela, which has one of the highest crypto adoption rates in the world, according to a report from blockchain data firm Chainalysis. Crypto traders may opt for P2P exchanges for a variety of reasons, including the fact that trading windows allow for less exposure to market fluctuations, and traders secure deposits into their accounts immediately.

With this move, LocalBitcoins better positions itself to stave off competitors such as Binance P2P, the peer-to-peer platform developed by the world’s largest crypto exchange by volume. Binance P2P has grown rapidly since its launch and already supports various altcoins. As Decrypt previously reported, Binance clocked $4.2 billion in trading volume on its P2P exchange last year. According to data from Coin Dance, LocalBitcoins generated close to $2 trillion in volume while Paxful scored $1.6 trillion during the same time period.​
You must log in or register to reply here.
Share:
Facebook Twitter Reddit Pinterest Tumblr WhatsApp Email Share Link
Top