itcoin and ether fell again on Wednesday before regaining some ground after plunging during El Salvador's bumpy bitcoin rollout the day before, with more than $360 billion wiped off the highly leveraged crypto market in just two days.
Bitcoin fell as much as 5% on Wednesday, according to Bloomberg data, before paring losses. It was 1% lower by 9.50 a.m. ET to trade at $46,347, after a two-day drop of 11%.
Ether, the second biggest cryptocurrency by market value, also fell as much as 5% before rebounding somewhat. It stood 0.6% lower at $3,390 early Wednesday, with its two-day fall coming to 14%, Bloomberg data showed.
Cryptocurrencies began to crater on Tuesday as El Salvador made bitcoin legal tender in a landmark moment for the world's biggest cryptocurrency. The rollout was afflicted by glitches, with the small central American country's Chivo wallet having to be taken offline.

"Bitcoin is lower on a 'buy leading up to the big event, sell the fact' reaction to El Salvador's historic moment embracing bitcoin," Edward Moya, senior market analyst at trading platform Oanda, said.
Bobby Ong, chief executive of crypto data company CoinGecko, agreed with Moya's analysis and said the price falls were so steep due to the effects of leverage in crypto markets.
Read more: The head of research for a blockchain analytics firm breaks down why bitcoin and ethereum can reach $100,000 and $10,000 respectively by next year
Many of the world's biggest cryptocurrency exchanges such as Binance allow users to borrow large sums to bet on the markets. Yet when prices fall, investors often have to sell out of their positions, or exchanges liquidate them automatically to limit losses.
Matt Blom, head of sales trading at Nasdaq-listed crypto firm Eqonex, said: "Heavy selling on derivatives platforms… caused a cascade of auto-liquidations, like a line of dominoes," he said. "Over $2 billion of long positions were liquidated in under 20 minutes."

Matters weren't helped by problems on major cryptocurrency exchanges Coinbase, Kraken and Gemini, which led to transactions being delayed or canceled.
Coinbase said its issues were caused by "a sudden increase in network traffic and market activity" that led to a "degradation in our services."
So-called altcoins such as cardano, binance coin, XRP and dogecoin were also nursing heavy losses after falling sharply on Tuesday and Wednesday. The Bloomberg Galaxy Crypto Index, which tracks a range of crypto tokens, was down 0.7% on Wednesday and had shed 11.5% over two days.
The total market value of all cryptocurrencies stood at $2.01 trillion on Wednesday, more than $360 billion below its Tuesday peak. 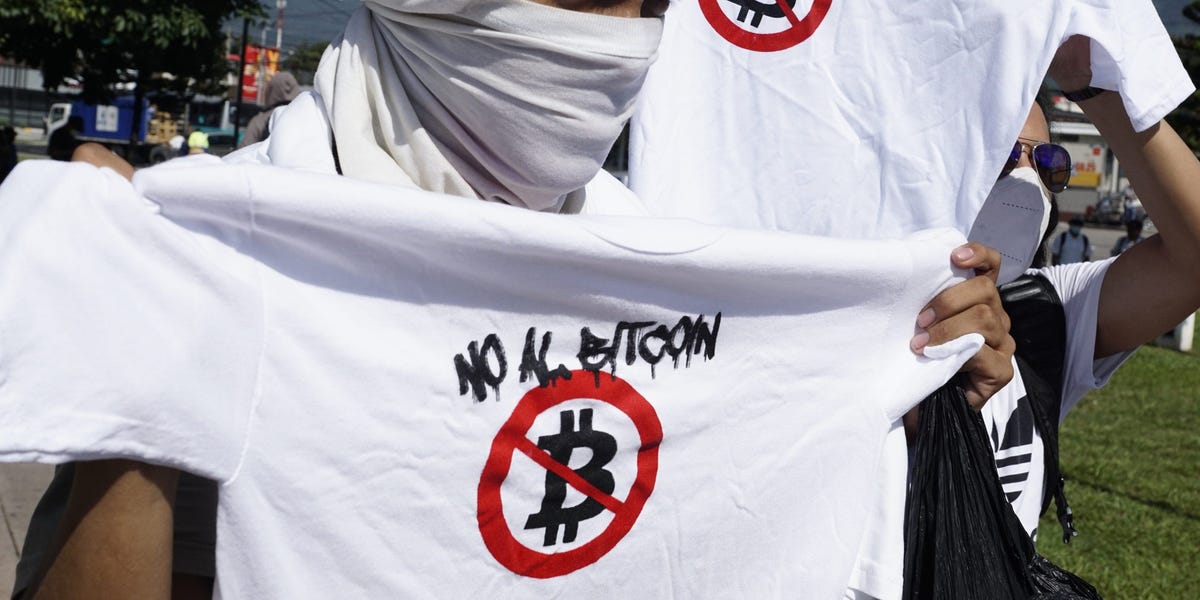 That the a ways its...that s the of everything sometime s.. your at the top next then your lower . Clean / dity old young at natural ..all u got to do is save then
M

I think bitcoin will be $100k this year, closer to autumn/winter. We all know how hard it is to come across a genuine and coherent website that proves to be useful, thus has done a great job to provide students with a one stop solution https://essaysrescue.com/shmoop-review/. At top notch essays, ranging from easy to complex, are available.

Guess it is the best time to buy and stock more bitcoins. It is getting even lower i think not that sure but that is what i am seeing in the google threads and news about crypto. But yeah, time to stock even more bitcoins so when it arises again we can get richer.